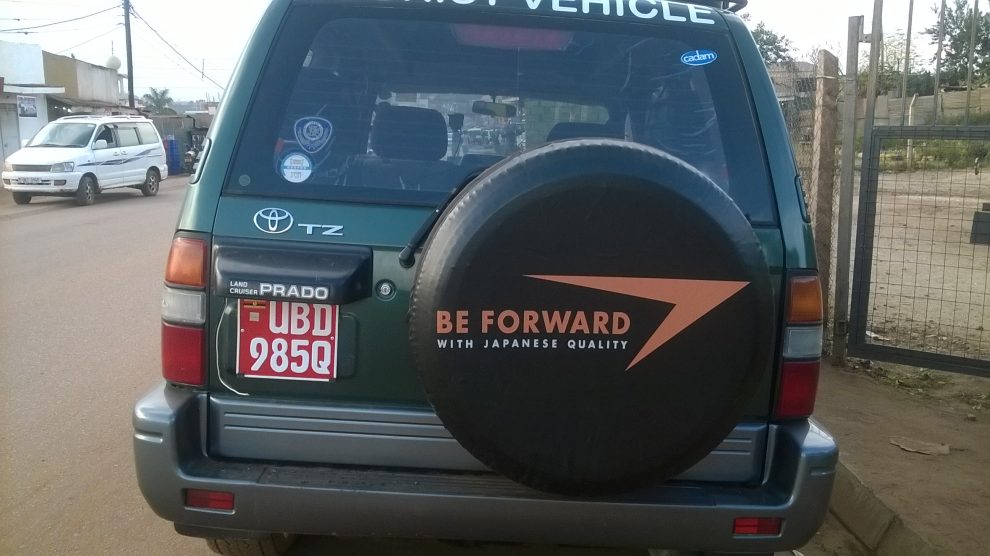 We spent a couple of years hearing about Rwanda and reading about it via popular websites like Africa Travel Journal and we came to realize that it’s a great destination to visit with different unique and special tourist attractions which include Wildlife primates like shy endangered Mountain Gorillas, Chimpanzees, Golden Monkeys, African Big Fives like Elephants, Leopards, Lions, Buffaloes and Rhinoceros, Colobus Monkeys and different bird species in its major three National Parks named Volcanoes, Nyungwe Forest and Akagera National Park, different Cultural sites like Kigali genocide memorial, IbyI’wacu cultural village and adventure sites which include it’s Volcanic Mountains.

After all that information it made us gain much love for visiting Rwanda with interest of witnessing its natural beauty after all sayings and recommendations by fellow travelers via different popular blog forums like Trip advisor, lonely planet and more. Going self drive in Rwanda is one of the best modes of exploring Rwanda through visiting its major touristic destinations which include National parks, game reserves, cultural sites and more at a cheap cost.

We hired a 4×4 land Cruiser Prado with 4×4 Car Hire Rwanda for our self drive holiday in Rwanda which was in good condition suitable for long distance drives, as per the rental we inquired via their website for the quotation and received a quick response from Moses their reservationist indicating the quotation for the rental which was suitable for our budget, terms and conditions governing the rental are provided on the website which was very easy for us to go through them and see if we can go by them.

According to us we found the terms and conditions to be favourable and booked for the Car in advance, since we had more interests in discovering Rwanda’s top features i requested for the most suitable itinerary from Moses as far as exploring Rwanda which he did to his best. On arrival at Kigali airport we met a representative from 4×4 Car Hire Rwanda with a car we booked for our 20 days self drive holiday in Rwanda.

What’s involved before the Car is issued? For security purposes a photocopy of valid driving license and passport is required to be left with the renter plus reading through the terms and conditions governing the rental provided in hard copy after you sign on it confirming that you agree with them, carry out an inspection on the car to see whether its in good condition and take photos of it which indicate its current status because you have to bring it back when it is in the same state. All costs for the rental are paid on arrival and a receipt is issued for confirmation of your payment.

We started our self drive holiday in Rwanda with a visit to the Akagera National Park which is located in the Eastern part of Rwanda bordering Tanzania; it was founded in 1934 to protect animals and vegetation in three habitats named savannah, Mountain and Swamp. It’s commonly known for its Wildlife which includes African Big Fives like African Elephant, Buffalo and Rhinoceros, Zebras, Giraffe and a variety of antelopes.

Reaching Akagera our first activity was a game drive around the park which is the best option of sighting these Wildlife primates and different bird Species, boat ride along river Akagera enabled us to sight different aquatic species which include hippopotamus, crocodiles, water birds and more. According to varieties of different bird species sighted which include Water birds, Savannah birds and less common bird species in papyrus swamps ranks Akagera National Park to be one of the best bird watching sites in Rwanda.

After our two days in Akagera National Park continued with the drive up to Volcanoes National Park in the Northern part of Rwanda with the interest of seeing the Golden Monkeys although this Park is commonly known for the shy endangered Mountain Gorillas but we were unable to buy the expensive Gorilla permits of Rwanda which cost $1500 USD per person since our budget was fixed. Tracking Golden Monkeys in Volcanoes National Park costed us $100 USD per person, a visit to the Dian Fossey grave yard is another activity we engaged in while in Volcanoes National Park. Batwa people in the IbyI’wacu Cultural village rewarded us an amazing cultural experience through cultural performances like singing & dancing and use of their cultural tools which include hunting tools since these people were local hunters and gatherers, this IbyI’wacu Cultural experience costs $20 USD per person.

We ended our self drive holiday in Nyungwe Forest National Park which is located in the South western part of Rwanda with in the Albertine rift Area. It’s home to the region’s largest and oldest remaining patches of mountain rain forest and  a number of eco systems from rain forest, bamboo, grasslands, swamps and bog habitats. It protects one of the region’s largest and oldest remaining patches of montane rain forest and is home to 310 species of birds. Our main interest in Nyungwe Forest National Park was to see the Chimpanzees since over thirteen primate species are recorded in this park including these habituated Chimpanzees.