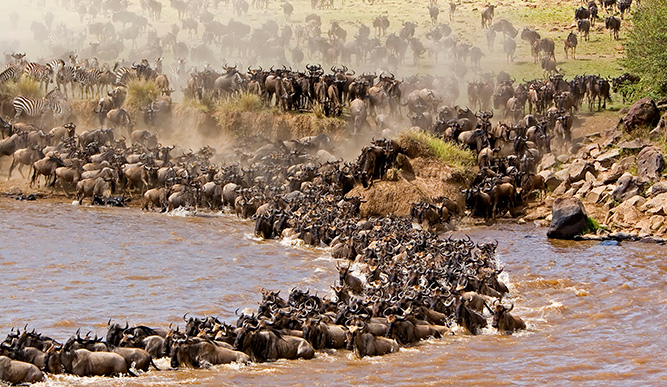 Are you asking yourself on where you should go for a safari in Africa?! Absolutely your answer should be Kenya if at all you want to get a best and an amazing safari in Africa, of which can all be attained from a Kenya safari.

Kenya is one of the best countries in Africa most ideal for African safaris and the country is found in the eastern region of Africa (East Africa).

MAASAI MARA NATIONAL PARK is one of the top destinations in Africa for wildlife safaris due to its distinct diversity of which the Park is found in the southern parts of Kenya bordering Tanzania’s SERENGETI NATIONAL PARK in the south.

What gives most attention to all travelers who visit Maasai Mara is its annual great migration of Wildebeests which happens in July to October of every year.

Why this great migration attracts many tourists to visit the Park is that during that time, tourists get a great chance to view a variety of wildlife species in excessive especially the Wildebeests which migrate in high numbers (almost 2 millions of Wildebeests) to access the Park together with other species such as over 200,000 Zebras, 500,000 Thomson’s gazelles and thousands of Topis and Elands which migrate from its neighboring Park in Tanzania.

All Africa’s big five (African elephants, African Lions, African leopards, Rhinos and Leopards) are all viewed in Kenya’s Parks such as in MAASAI MARA, AMBOSELI NATIONAL PARK and in TSAVO NATIONAL PARK where you will also view other wildlife species still in high amounts.

Kenya also resides a large number of bird species in her national parks and reserves. The most famous bird species in Kenya are the Flamingos which are most viewed in LAKE NAKURU NATIONAL PARK of which the Park protects millions of Flamingos and it is the best place in the world to reside the highest number of Flamingos thus making it a suitable destination for the bird watchers all over the world.

AMBOSELI NATIONAL PARK which is well known for being a best place in the world for getting close to free-ranging elephants is also found in Kenya.

Here, travelers will view many free-ranging elephants and also in the Park you will have brilliant views of the highest Mountain in Africa known as Mountain Kilimanjaro which is found in the Northern parts of Tanzania next to Kenya thus travelers in Amboseli national park will be able to view the Park even from some surrounding lodges of the Park such as Kibo safari camp and in Amboseli Serena safari lodge.

Travelers to Kenya will also enjoy the balloon safaris which take place from MAASAI MARA NATIONAL PARK and through the safaris travelers will get aerial views of a variety of things in the Park plus the Park itself.

Cultural encounters in Kenya are one of the most memorable in Africa especially the Maasai people whose culture is so amazing and these people can be met when you visit MAASAI MARA, TSAVO NATIONAL PARK and AMBOSELI NATIONAL PARK however other tribes around Kenya’s Parks include; the Meru people, Samburu people, Mijikenda people, Turkana people and many others.

TagsWhat to Do and See on Kenya Safari 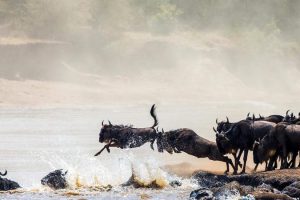